UFC sports betting players have plenty to look forward to this weekend, as UFC 220 is set to be held this Saturday. Naturally, players are going to want to know what the best bets to make on UFC 220 are. Considering the vast talent the main card is slated to deliver, there’s no shortage of parlay and picks to be made. Let’s run over some basic information for this weekend’s event before taking a look at the best bets to make. 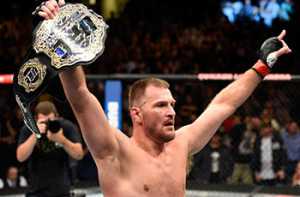 Without a doubt, this weekend’s event is one of the best the promotion has put together. UFC 220 will be headlined by an enticing bout between current heavyweight champion Stipe Miocic and Francis Ngannou. In fact, some UFC sports betting fans are hailing this bout as the best heavyweight match in UFC history. There’s no question it’s a breathtaking matchup, but the co-headlining match of the night is just as enticing.

Specifically, the matchup between light heavyweight champion Daniel Cormier and challenger Volkan Oezdemir is not one to be made. Cormier is looking to rebound after losing the belt to Jon Jones, who was subsequently disqualified due to a doping violation. Oezdemir earned his title shot by knocking out various opponents in the first round and becoming a fan favorite. But Cormier hasn’t been phased by heavy knockout power before, just ask Anthony Johnson. So, which are the best bets to make on UFC 220?

Considering how powerful both of these fighters are, it’s hard to pick one over the other. Bettors who prefer a technical fighter will want to side with Miocic on the money line. On the other hand, players who prefer genetics and raw power should take Ngannou. If you’re betting the money line, the most value is to be found in backing Miocic – who is pegged as the underdog.

However, considering this fight takes place in the heavyweight division, the best bet to make has to be on the totals. With the amount of dynamite both brawlers pack in each hand, there’s no way this bout makes it out of the 2nd. The line is set at 1 ½ which is kind of tricky, but under seems like the best online sportsbook option.

This matchup is evidently similar to the headlining bout of the night. In one corner is Cormier, a former Olympic wrestler with a plethora of experience in his pocket. In the other is Oezdemir, the first Swiss fighter to crack the ranks of the UFC. The Swiss’ journey began with quick knockouts and that has become the hallmark of his career. But most UFC sports betting fans would agree that heavy knockout power isn’t enough to topple Cormier.

So what are the best bets to make on UFC 220’s co-headlining match of the night? If you like the underdog’s chances, there’s plenty of action to be had in taking Oezdemir over Cormier. However, the safest bet is sticking with the champ. Accounting for Cormier’s fighting style, taking the over on the totals is also a great option.