The 2018 ATP World Tour kicks off again this week with the Rio Open Presented by Claro. The Rio Open was disbanded in the 90s but there’s no doubt that online tennis betting players are ecstatic to see the tourney taking off once again. This week’s Rio Open betting action kicks off this Monday with the singles bracket holding its first Round of 32. Let’s mulch over some of this tournament’s pertinent information before breaking down both Monday’s and Tuesday’s single’s sports betting matchups.

When: Matchup start times vary from day to day

The Rio Open presented by Claro will be held on the 8 clay courts of the Jockey Club Brasileiro. This is undoubtedly one of the best stadiums to hold it in, since the venue features a 6,200 seat stadium. With so much room, there should be plenty of spectators once the tourney kicks off. This tournament has seen plenty of big names roll through in the past. In fact, back in 2014, Rafael Nadal came out triumphant in the tournament’s inauguration. The following year, online tennis betting players witnessed David Ferrer triumph in the 2015 edition. 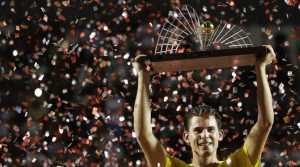 After this year’s Rio Open presented by Claro concludes, online tennis betting players can look ahead to the Open 13 Provence. Afterwards, the Delray Beach Open will take place, bringing the year’s ATP action to US shores. However, these are both 250 events with the next ATP 500 event being the Dubai Duty Free Tennis Championship to be held later this month. All of these tournaments are emphatically brimming with top-tier betting action. But in the meantime, players can focus on betting on this year’s Rio action.