What to Look for In the Coming ATP Tour Events

We’ve got some great online tennis betting action in the coming days. This upcoming Monday will hail in the Indian Wells Masters and the Indian Open will follow some short days afterwards. Ubiquitously referred to as the Sunshine Double, these are without a doubt two of the more prestigious tournaments on the 2019 ATP Tour outside of the Grand Slams. Novak Djokovic is coming off his third consecutive Major title triumph but will be greeted by the likes of Roger Federer and Rafael Nadal. So with this kind of magnitude encroaching, what are some tidbits that sportsbook fans should be on the lookout for?

Although longtime online tennis betting players might be upset that the Crandon Park will no longer host the Miami Open, others might be excited about the possibilities the new venue will offer. For a whopping 32 years the tourney had been held at Crandon Park. However, it’s become increasingly apparent that the venue is not suited for this event no longer. Subsequently, the event will now be held at the Hard Rock Stadium, which can house a total of 65,000 fans. Interestingly enough this is the same home of the Miami Dolphins.

All in all the new site will feature 30 courts in addition to 18 practice courts. The main Grandstand Stadium will be filled with 14,000 spectators. Nevertheless, it is yet to be seen whether this venue can rival the atmosphere Crandon Park was famous for.

Last season saw 300,000 fans visit the Miami Open. This time around organizers are hoping for an even bigger turnout.

Players learning how to bet on sports might not be familiar with this bit of tennis history but only seven players have managed to complete the Sunshine Double. This time around, a handful of bettors are looking to Djokovic to etch his name in history. He’s looked pretty good coming off his Australian Open triumph over Nadal back in January. Additionally, he’ll be vying for his 5th Sunshine Double which is unheard of. Granted, he has won the Miami Open and Indian Wells 3 out of the last 5 years. However, Novak will have to overcome Federer to do so.

Isner Vying for the Spotlight 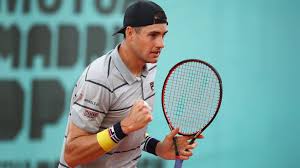 2018 was a big year for John Isner as he clinched his maiden Masters series in the Miami Open. But once again, Isner is looking a bit lackluster as he kicks off the year. Granted he’s had two semi appearances so far this season, they were also married to some less than spectacular exits. Moreover, Isner suffered back to back first-round losses at the hands of Taylor Frits and Reilly Opelka at Auckland and the Australian Open respectively.

Nevertheless Isner still has the talent needed to make a deep push in these upcoming tourneys. Considering he came up big last time around, he’s one name you won’t want to rule out. He’s been a bit inconsistent but this tournament could be what he needs to propel himself to some success.