The year’s NHL hockey betting postseason continues this weekend with a thrilling Game 2 matchup of the Carolina Hurricanes vs. Boston Bruins Eastern Conference finals. Seeing as how Boston picked up Game 1 at home decisively, will this weekend’s sportsbook odds peg them as a favorite at home? Let’s take a look at this weekend’s betting lines to find out. 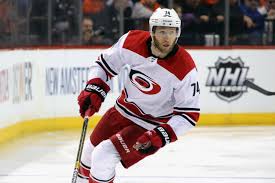 The Hurricanes could really use a win this weekend but it wouldn’t be a total disaster if they were to come up short in Game 2. However, since they lost Game 1 decisively, Carolina needs to at least improve on a 5-2 performance. Although the Hurricanes were coming off a 4-game sweep, that momentum didn’t help them out too much in Game 1. The outcome wasn’t a complete shocker nevertheless, seeing as how Boston is statistically much better than Carolina. After all, the Hurricanes finished 16th in scoring and 7th in goals allowed.

Comparatively Boston finished 11th in the NHL in scoring and 3rd in goals allowed. One advantage that Carolina did have was their penalty kill percentage, which they ranked 8th overall in the NHL. The Bruins on the other hand, came in at 16th. Granted, that advantage was ultimately negated by the fact that Boston ranked 3rd in power play success with a staggering 25.9%. Given that Carolina ranked 20th in that same category, Game 1’s results were to be expected. 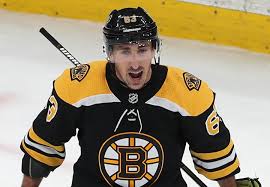 The Bruins got off to a slow start in Game 1 but had a monstrous third quarter to deliver the lopsided win at home. However, Charlie McAvoy will be returning and Boston is hopeful they can find success earlier in the match this time around. Granted, a lot of Boston’s midgame success in Game 1 came off the backs off Carolina’s penalties. Needless to say, we can expect the Hurricanes to come out much more even headed. It’s also important to note that 2 of Boston’s 5 goals came in the final two minutes of the game. Therefore, NHL hockey betting players looking to take the OVER in Game 2 should do so with caution. All in all the spread is looking like the most predictable line to take in this contest.

So which side should mobile betting fans take in this Carolina Hurricanes vs. Boston Bruins matchup? All things considered, Carolina looks like a great pick here. They had a dominant start to Game 1 and can certainly take Game 2 with some adjustments. Sign up today to make your Game 2 betting prediction!