In the midst of the online NFL betting offseason, most sportsbook betting players are content with keeping up with the latest transactions and signings. However, a select few have already begun to look ahead to 2019’s Super Bowl betting action. For those daring crusaders, we’ve decided to assemble a brief guide to look over some of the best 2018 NFL futures betting option. Take a look. 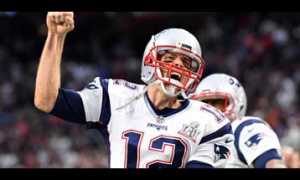 Notwithstanding the fact that they just lost a Super Bowl, the Pats are once again pegged as Super Bowl betting favorites. It’s understandable nevertheless, since New England still has Bill Belichick and Tom Brady. Obviously, since these two have gone to 8 Super Bowls in the last 19 years, they stand a great chance of going to Super Bowl LII.

However, sportsbook betting players should shy away from backing New England. The reason being, the team has gone to 3 Super Bowls over the last 4 years. This means that they’ve been playing more football than most other teams. And while the NFL has a lengthy offseason, Brady is starting to get up there in age. Whatever claims Brady might make about his method, no one can beat Father Time. We started seeing some of these cracks late last season. Expect them to continue this year.

Not much to explain here, the reigning Super Bowl champions stand a great chance of repeating. Nevertheless, there are some noticeable issues that could plague this team in the long run. Specifically, having a backup quarterback beat the New England Patriots to win your franchise’s first Super Bowl can be problematic.

No one is denying that Carson Wentz is a tremendous talent. However, once preseason rolls around, it wouldn’t be shocking to see some online NFL betting pundits argue that Wentz should be the backup. Nick Foles made a very convincing case in his Super Bowl triumph. It’s certainly a decision I wouldn’t want to make. Ultimately, this could split the locker room with some players siding with Foles and others with Wentz. Keep an eye on the Eagles to see if this turns out to be the case. Bottom line; don’t place any sports parlay odds bets on the Eagles at the moment and avoid making any 2018 NFL futures betting predictions off of them.

After the Eagles and Pats, the Packers have the best odd of winning Super Bowl LII. Some might find this surprising, considering that the Pack just missed out on the playoffs. But that was mostly due to an injury Aaron Rodgers suffered early in the season. An injury that might just help the Packers out in the long run.

See Green Bay has gotten a bit complacent. The Packers have been unusually blessed at the quarterback department, going from Bart Starr to Brett Favre and then to Aaron Rodgers. Needless to say, most franchises struggle to find 1 Hall of Fame quarterback, let alone 3. So during the Favre era, the Packers learnt that a Hall of Fame quarterback tends to get you into the playoffs – despite how poor other aspects of the team might be. And having a playoff-caliber team is good enough to sell tickers.

So when Rodgers went down early last season, he exposed the ugly underbelly of the Packers organization. In short, Green Bay had nothing going for them other than an amazing quarterback; no running game, no defense, and definitely no more options. Once the season ended, it was clear Green Bay had to open house. With a new manager, new offensive coordinator, and a new defensive coordinator, Rodgers might just get the help he needs to win a Super Bowl. This paints the Packers as one of the best options for 2018 NFL futures betting and the odds concur.

Without a doubt, picking the Packers to win the Super Bowl is one of the best bets to make at the current moment. The odds available make it a lucrative offer and the vast changes the Packers have made should act as a catalyst to their upcoming success. Sign up now to make these lucrative predictions today!