The end of the college football betting season has finally opened the door on the football bowl game odds. This Saturday will represent the first opportunity bettors have had to bet on this season’s bowl games. We’ve already taken a look at the New Mexico Bowl, as well as the action online sportsbooks have thrown together for this year’s Las Vegas Bowl. So, keeping with this intention, now’s the time to break down the 2017 New Orleans Bowl.

🚨BREAKING🚨 @MeanGreenFB is set to take on Troy in the @NewOrleansBowl on Dec 16th! For more info and to get tickets go to https://t.co/tGaTRjX8ve #GMG #NewDenton pic.twitter.com/qDrxQsZYQM

The Trojans managed to deliver a respectable 10-2 performance during the 2017 regular season. Additionally, included in those 10 wins was a quality triumph over the then-ranked No. 25 LSU Tigers which helped validate this year’s Trojans. Secondly, Troy finished the year with a 6-game win streak to earn the online sportsbook favoritism in the 2017 New Orleans Bowl. NCAA bookmakers are pretty confident that Troy will come out on top in this one. Bettors should share that sentiment after glazing over both teams’ numbers. 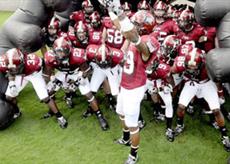 On offense, Troy is somewhat behind North Texas’ numbers. The Mean Green is putting up 35.9 points in each game while gaining 467 yards. Comparatively, the Trojans are only scoring 30.0 while garnering 417.3 offensive yards. This gives North Texas a slight advantage on offense. However, there’s no question that the Trojans are the superior defensive team. All season long the Trojans have allowed a slim 17.5 points, which contrasts heavily against the 33.8 the Mean Green allows. All things considered, Troy shouldn’t stumble on their way to a decisive victory over North Texas in the 2017 New Orleans Bowl.

The Mean Green finished this year’s regular season with a 9-4 record to finish 1st in the C-USA-West division. Unlike their opponent in the 2017 New Orleans bowl, North Texas finished the season on a low-note. The Mean Green suffered a 41-17 loss to the Florida Atlantic Owls during this past month. However, that loss was still to deter North Texas’ invitation to this particular bowl game. Ultimately the football parlay odds aren’t giving the unranked North Texas much of a shot against a team with such a great record. But at the end of the day, this bowl game gives the Mean Green an opportunity to prove just how mean they are.

The steep odds on the Trojans make backing Troy seem questionable. Nevertheless, there is some decent action to be found on the spread line. North Texas has a stellar 8-5 record ATS this season, while the Trojans are 5-7 against the spread themselves. Furthermore, both teams offenses are pretty evenly match so North Texas might be able to keep this one under 7. Betting on the spread certainly beats out taking the football bowl game odds available straight up.