in fact,Well Game 1 of the 2019 NBA Finals came and went and the Toronto Raptors managed to hold off the Warriors at home. So what can NBA basketball betting fans expect out of Game 2 of the Golden State Warriors vs. Toronto Raptors series? Better yet, which side should players learning how to bet on sports take this upcoming Sunday? Let’s take a look at the odds to see what they’re expecting.

Game 2 of the #NBAFinals presented by @YouTubeTV tips Sunday (6/2) at 8pm/et on ABC & TSN! pic.twitter.com/6SRVF0S7wF 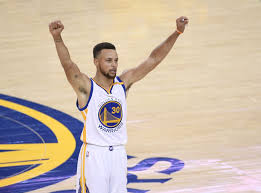 The Warriors best quarter of Game 1 came in the 3rd where they outscored Toronto 32-29. However, that wasn’t enough to bail them out from the hole they found themselves in. Additionally, every single player that played on the court had a negative plus-minus once the game was over. In fact, the biggest stars came up the shortest. Draymond Green finished -8 with only 10 points on the night, Curry had a -9 night and Klay Thompson was -10. Clearly the absence of Kevin Durant absolutely crippled this team. 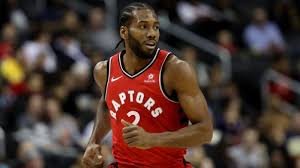 The Raptors picked up Game 1 off the backs of superior shooting, great outings from their stars, and the 25-points they got off the bench. Fred VanVleet was undoubtedly the sub who contributed the most as he finished the night with 15 points off of 33 minutes play time. Surprisingly enough, Kawhi Leonard was not their biggest points leader. In fact, That honor went to Pascal Siakam who finished the night with 32 points. Leonard did deliver 23 on the night but his shooting could have been much crisper. After all, he made just 5 of his 14 attempted field goals. So how does Toronto pickup Game 2? Well if they manage to outshoot Golden State once again, they should have no problems.

So which side should mobile betting fans take in this Golden State Warriors vs. Toronto Raptors matchup? All things considered, taking the Raptors is the way to go here. The current news suggest that Durant will not be suiting up in Game 2. Therefore, Toronto is the way to go here. Sign up today to make your online betting prediction!