To no one’s surprise, Kevin Durant & Co. were able to take Game 1 of the Portland Trail Blazers vs. Golden State Warriors Western Conference Finals. However, seeing them defeat Portland by 22 points was a little surprising. Heading into Game 2, should players learning how to bet on sports expect an equally lopsided outing? Let’s check up on the online NBA betting odds to see what they’re expecting for this Thursday night contest.

#SPLASH💦 x 9⃣@StephenCurry30 was feelin' it last night, matching his #NBAPlayoffs career-high with nine triples in the win ⤵️ pic.twitter.com/ystGR7i1jT 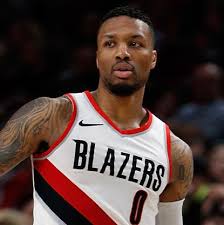 Coming off such a disheartening loss, it’s difficult to imagine Portland bouncing back in Game 2. Nevertheless, it’s up to the Trail Blazers to ensure that they don’t get manhandled this time around. If they do, then Golden State should have enough confidence and momentum to close this series out on the road. But seeing as how Portland has lost four of their last 7 away games, it’s clear they don’t have much of a shot of getting a win on the road. One area they’ll have to undoubtedly improve on if they’re going to defeat Golden State is their three point shooting. At the present time the Trail Blazers are shooting 35.1 percent from beyond the arc. Comparatively the Warriors are draining 38.4 percent of their three point shots. 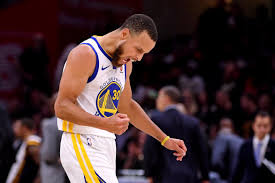 The Warriors are once again pegged as a heavy online NBA betting favorite at home. Following Game 1’s results, this heavy favoritism was to be expected. Steph Curry led the way in scoring for Golden State in Game 1, delivering 36 points off of 35 minutes. Surprisingly Klay Thompson came in at second with a total of 26 points off of 37 minutes playing. Although Durant wasn’t in the starting lineup, it’s clear Golden State didn’t need him to get the job done. Durant is presently listed as day-to-day so he might miss out on Game 2 as well. Additionally, the Warriors exceled at shutting down the Trail Blazers stars. In Game 1 no Trail Blazer was able to deliver a 20-point performance. Unless they turn that around in Game 2, Golden State is headed towards an easy 2-0 lead.

So which side should legal betting fans take in this Portland Trail Blazers vs. Golden State Warriors matchup? All things considered, the Warriors are the only side to take. Considering how the steep the money line is, and how lopsided Game 1’s results were, the spread is the best way to go here. Sign up today to make your online betting prediction!