The Golden State Warriors vs. Portland Trail Blazers series has been nothing but Golden State so far. However, heading into Game 4, the online NBA betting odds aren’t favoring Golden State as heavily as we would expect. In fact, the Warriors are slight favorites on the road against Portland this Monday night. And that’s despite the fact that they’re coming off a dominant Game 3 road win. So does this mean players learning how to bet on sports should take Golden State tonight? 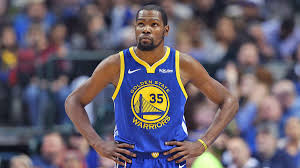 Having a 3-0 over Portland affords Golden State quite the leverage this Monday night. Furthermore, Golden State has been very dominant in this series. Game 1 saw them come out on top 116-94 followed by a much tighter 114-111 win in Game 2. Although that led many online NBA betting fans to believe that Portland would finally bounce back in Game 3, we instead saw Portland fall 110-99. Coming off such a disheartening loss, it’s surprising to see the odds give Portland a fighting chance this Monday night. However, the odds are probably taking a look at how Game 3 developed. In fact, we saw Golden State trail by as many as 18 late in the 2nd quarter, going into the half with a 66-53 deficit.

Nevertheless, the Warriors were able to outscore Portland 29-13 in the 3rd to deliver the lopsided finish we witnessed. So does this mean that Portland will finally deliver a win over Golden State? It seems unlikely. On the contrary, it looks like Golden State is able to bounce back from whatever difficulties the Trail Blazers can muster. 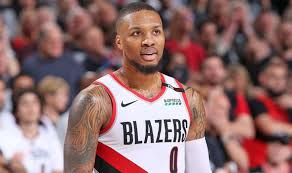 The Trail Blazers have certainly had their chances in this series. Unfortunately for the franchise, they have been unable to capitalize whatsoever. In Game 2, Portland squandered a 15-point halftime lead and followed that up by the aforementioned travesty in Game 3. Coming off these losses, it’s hard to imagine this locker room staying positive. So after blowing these leads over Golden State, what chance does Portland have of avoiding elimination this Monday night? All things considered, it seems extremely unlikely that they’ll do so.

So which side should legal betting fans take in this Golden State Warriors vs. Portland Trail Blazers matchup? All things considered, taking Golden State is the only way to bet here. Sign up today to make your online betting prediction!