The thrills of the NBA basketball betting postseason haven’t stopped yet. The action will continue in tonight’s Denver Nuggets vs. Portland Trail Blazers Game 6 matchup. The Nuggets come in with high hopes as they own a 3-2 lead over the Trail Blazers. Comparatively Portland has their back up against the wall and are hopeful that their home court advantage can help them extend this series. So which side should players learning how to bet on sports take in tonight’s match? 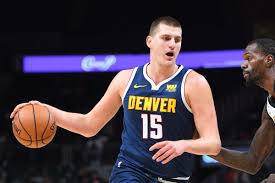 The Nuggets have won the last two games in this series and are hopeful that momentum can propel them to a road win over Portland this Thursday evening. Owning a 3-2 lead over Portland has given Denver the slightest of breathing room to close this series out on the road. But since Denver is 7-3 in their last 10 against Portland, it is a bit surprising to see tonight’s NBA basketball betting odds lean against the Nuggets. Nevertheless, if Denver is able to maintain the frontcourt dominance they’ve displayed in this series, they should be able to get this upset.

After all, they have outrebounded the Nuggets 3 out of 5 games so far. Additionally, if Nikola Jokic can maintain his level of play, this game should go to Denver. Coming off a monstrous Game 5 that saw him deliver 25 points, 19 rebounds and 6 assists, Portland’s focusing should be on shutting him down. He also has 3 triple-doubles to his name in this series so far. 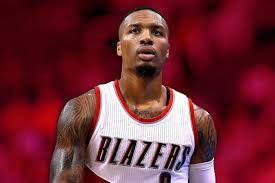 The Trail Blazers have their backs up against the wall and need a win at home here. One thing that they need to bring back is the shooting success they enjoyed in the first round. Right now the Blazers are averaging 32.7% from behind the arc. Moreover, they shot 24-70 from three-point range which ultimately led to their downfall. Unless they’re able to turn that around tonight, Portland will surely be eliminated in front of their home court.

So which side should legal betting fans take in this Denver Nuggets vs. Portland Trail Blazers matchup? All things considered, Denver looks like a great pick here. Sign up today to make your NBA playoff betting prediction!