The Chicago Cubs have a long way to go as they are yet to make up for their loss. Chicago lost their previous series against the Brewers with a 1-2 record. In their series opener against the Braves, the Cubs scored seven runs and gave up eight in return. Chicago is holding a batting clip of .211 with 147 hits. Overall, they have smashed 99 runs with 30 home runs. Kyle Hendricks will be delivered to the mound as their starting pitcher in this game. Hendricks is holding a 1-2 record with an ERA of 5.68 on the season.

The Braves are one game behind the .500 mark and they seem to be getting back on track. Atlanta is trailing the New York Mets and is holding the same record as the Phillies. Last night, Atlanta went deep from the plate and smashed five runs to victory by restricting the Cubs to nothing. Atlanta has smashed 99 runs with a total of 30 home runs this season and is holding a batting clip of .219. Huascar Ynoa will take the nod in this game against the Braves. Ynoa is holding a 1-1 record with an ERA of 2.68.

The Cubs are weak with their offense and their pitching staff is not too strong either. The best oddsmaker is once again in favor of the Braves to win this game and cover the spread. Atlanta seems to be taking advantage of a weak Chicago squad. 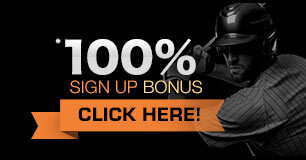 BetNow is an online sportsbook offering sports betting, casino games and horse betting. For more information about our sportsbook, please read our terms of use, our about us page and our Privacy Policy. This website is owned by BetNow All rights reserved. Copyright © 2021. - Affiliates Click Here!