The 2019 Kentucky Derby came and went and brought with it one of the most controversial rulings we’ve ever seen at the event. Although Maximum Security was the first to cross the finish line by a significant distance, his online horse betting victory would soon be erased. The reason being? Some controversial ruling that claims Maximum Security interfered with his competitors in the final turn of the run. So where does this leave sports betting fans? Simply put, scratching their confused heads. But to help clear the air, we’ve come to help explain the 2019 Kentucky Derby controversy. We’ll start by taking a look at the ruling that was employed this past Saturday.

The 2019 Kentucky Derby Controversy in a Nutshell

Differing national horse racing organizations have different rules concerning horse races. However, for the most part, the myriad of rulebooks are extremely similar to that of the British Horseracing Authority’s rulebook. As such, the rules the 2019 Kentucky Derby state the following regarding traveling lanes:

“61D-13.004 Maintaining a Straight Course. (1) If the stewards determine that a racing infraction was intentional, or due to careless riding or driving, the jockey shall be held responsible. (2) When the way is clear in a race, a horse may be ridden or driven to any part of the course, but if any horse swerves, or is ridden to either side so as to interfere with, impede, or intimidate any other horse, it is a racing infraction. (3) The offending horse shall be disqualified if, in the opinion of the stewards, the racing infraction altered the outcome of the race, regardless of whether the infraction was accidental, willful, or the result of careless riding.”

As can be seen, the intent of the horse or jockey has no bearing on the ruling of the stewards. What is important however, is whether or not the swerving of the horse, Maximum Security in this case, impacted the outcome of the race. And since the stewards the Derby did in fact conclude that Maximum’s Security stunt near the end of the race impacted the results, he was subsequently penalized.

The Stint in Question

The foul in question occurred as the horses approached the final turn of the day. Naturally, the track was rather sloppy after enduring less than ideal weather. As he made the turn, Maximum Security jumped a puddle and began to drift outside his ‘lane’. 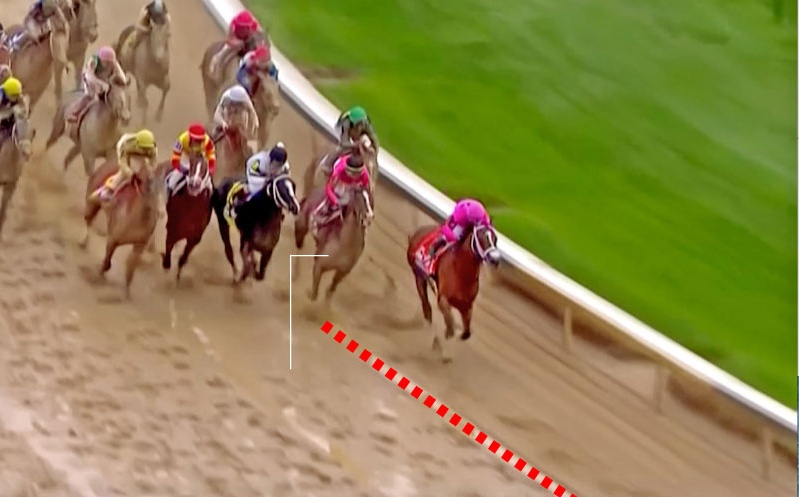 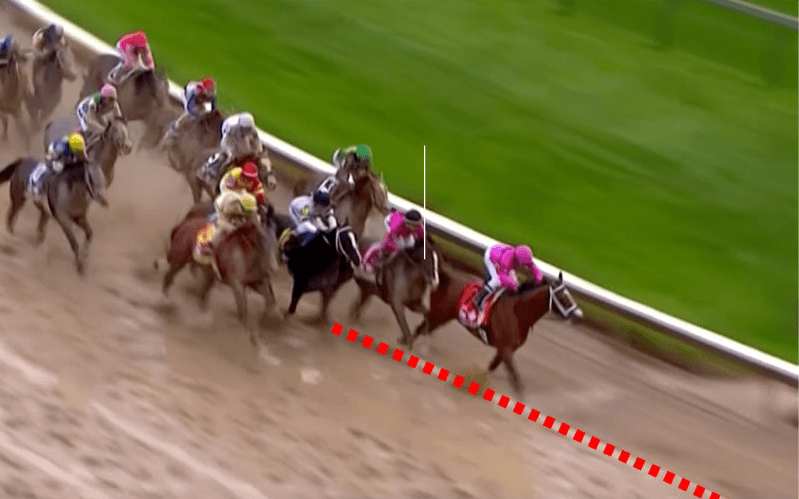 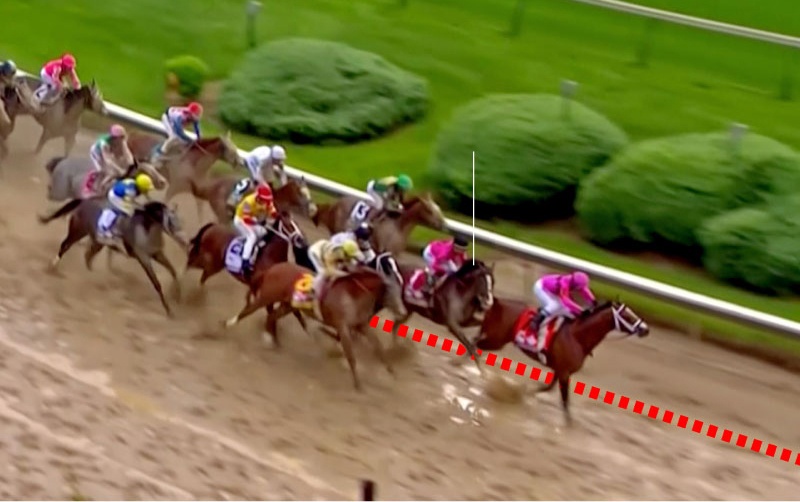 As can be seen, the obstruction is pretty evident here. In the end, the objection was reviewed and it was determined that the move Maximum Security made played a direct hand in the outcome of the race. As such, the stewards needed to act and ultimately fulfill their purpose.

Objections are claims of foul-play made by either a rider, patrol judge or another racing official. Afterwards the stewards get to work studying replays of the race and conducting interviews with the affected parties. This past Saturday the stewards took over 20 minutes fulfilling this duties and in the end came to the controversial decision.

All in all, the move is controversial because it is seldom seen. However, it is clear as day that there was an infraction, as the rules define it, committed this past Saturday. As such, the ruling should be upheld. But with millions of dollars on the line, it should come as no surprise that this ruling is indeed controversial. Nevertheless, legal betting fans still have plenty of horse racing action ahead of them.