Sportsbook > Blog > Where to Bet on eSports Baseball 2020 and Beyond

Where to Bet on eSports Baseball 2020 and Beyond 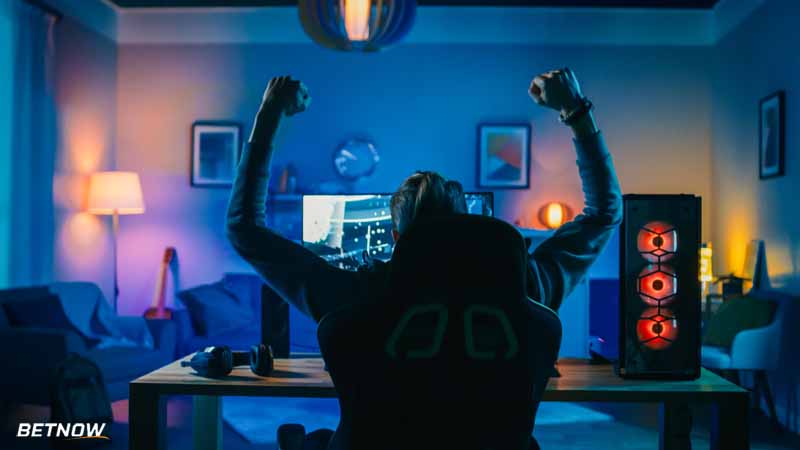 “… and the home… of the… brave….” “Play ball!” Yes, that’s what we should be hearing right now. That’s what we should be hearing in stadium after stadium, all across America (and Toronto). Baseball should be starting up, for a wonderful season that extends all the way into October (and probably beyond). Unfortunately, with the COVID-19 pandemic, baseball is not being played right now, for the safety of everyone. There are still ways to bet on MLB SIMS though at our site. That’s just one of the reasons that BetNow is where to bet on eSports Baseball 2020 if you want to win.

MLB SIMS = Where to Bet on eSports Baseball 2020

No, “MLB SIMS” does not mean “you’re betting on characters from The Sims playing baseball” (although, if you can figure out a way to make that work let us know). Instead, these are baseball simulations. These games are played using rosters that the teams more or less would have had coming out of spring training. Clearly, this is not the same as having the actual games, but it’s sure better than nothing.

Between the totals and the money line, you can bet these games how you want. The results don’t come from some kid on YouTube who’s been playing video games for a year or so or something. No, they come from the folks at baseball-reference.com. That’s one of those sites that real baseball heads trust. In fact, if you had already started your research for the 2020 season when it got shut down, odds are that you gleaned quite a bit of info from the folks at baseball reference. So, we’re glad to be able to give our players ways to bet on these games.

Football is in its offseason, the draft is coming, but right now, starting the regular season on time looks murky. Sure, the league is holding out hope, but it feels unlikely that OTAs will occur on time, at least. Hopefully, they do, but there’s no way to be sure. The Hall of Fame Game, the Dallas Cowboys playing the Pittsburgh Steelers in Canton, Ohio in August (almost always the first preseason game) is on for now. Even with all that said, you can bet on some football simulations right now.

Every day, we try to add new football simulations for our fans to bet on. Each day more or less, there’s a different game, between two teams. For example, as of this writing, we’ve got an NFC tilt featuring the Tampa Bay Buccaneers traveling north to our nation’s capital to take on Washington. We like the Bucs by three, with a relatively low scoring game (over/under: 46). This is played on Madden 20, with 10 minute quarters in the simulation mode.

Just as with all of our other NFL games, we want to give you as many ways to bet as possible. That means that you can bet on what’s going to happen in the first half as well as at the end of the game. We like the Bucs to be ahead by 1.5 points at the end of the first half. So, if you feel the same way (or differently) you may want to get a bet down. Don’t feel bad if you miss this game: they’ll be another one coming right up.

There is no tournament like the Stanley Cup Playoffs. Unfortunately, as of this writing, there’s no Stanley Cup Playoffs. We’re simulating those too so you can bet on them. As of this writing, the Penguins look to take the first two games in Washington while the Lightning try to head to Toronto for Game 3 up by two games. Additionally, you can always bet on casino games at our site as well. BetNow is always open for business.