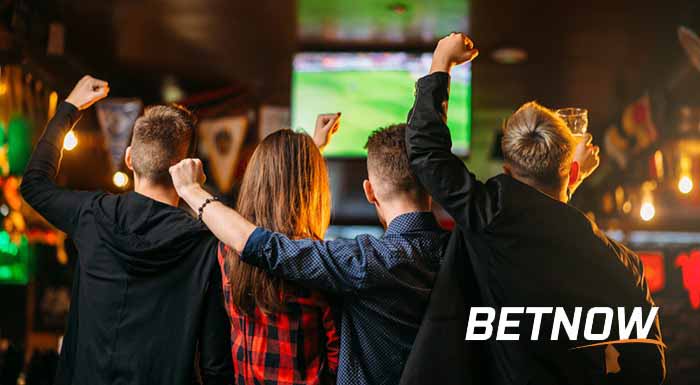 Sundays in fall mean football. It means sitting in front of the TV with friends and family, rooting for your favorite team. It means being at the stadium, living and dying with every play. However, with the rise of mobile technology, it can mean more than that, too. It could mean being out on a hike or at some kind of formal event, following every game through your phone. It could mean watching a TV channel that just flips between every game when one team gets within scoring distance. The definition of “NFL Sunday” has changed quite a bit. One thing that hasn’t changed since we started: you can find all of the Football betting right here at our sportsbook for NFL and so much more.

A Sportsbook for NFL

All of the games, all of the ways that you want to bet them. The odds, the point spreads, and more: they’re all here, all updated. When we say that our site is “made for Sunday,” we mean it. In large part, we mean that because our site doesn’t stop just because Sunday has started. NFL news gets made on Sunday in ways that go beyond the scores of the respective games. When that happens, we make sure to incorporate that into our lines, too.

For example, NFL players may seem superhuman, but in many ways, they are human. Some players wake up sick. Things happen on game day. How many times have you been watching an NFL game and heard one of the announcers say something like: “he didn’t look that great in warmups, and now, as we approach kickoff, it looks like he’s not going to play after all”? That happens all of the time. Of course, when it happens, we make sure that it’s incorporated into our site.

Star players being unable to go at the last minute is something that can greatly affect a game. In the past, sites like ours may not have been able to keep up with or adjust to that new reality. With our site, we make sure that it does. That way, even the players who get up a bet at the last possible minute are always able to make sure that they’re not just betting on a game, but they’re betting with the most accurate line, odds, point spreads and more as well.

A Site for Today’s NFL Bettor

The days of it being difficult to get a bet down on an NFL game are long gone. It’s been years since you had to go to a bar, talk to one sketchy guy, who directed you to another sketchy guy, neither of whom you felt comfortable even talking about money with let alone giving some to, all to bet on an NFL game. With so many sites online, we know that we have to do that much more just to stand out.

So, when you come to our site, we make sure that you’re able to bet exactly how you want. That goes beyond all of the options we offer for betting, however. It also means that you’ll be able to bet using Bitcoin, too. Cryptocurrency is a currency, and if you have some that you’d like to bet on the games with, you should be able to use that. That’s why we’ve built our site in such a way that you can use your money how you’d like. We’re all grownups here, and if you want to put your Bitcoin where your mouth is, you should be able to do so.

Betting on the Go

When you were a kid, like many of us, you may have spent all Sunday watching the NFL. Sure, maybe you had a favorite team, but after their game ended or before it came on, you watched all of the other games in the NFL, too. Maybe you were keeping tabs on rivals, or perhaps you were scouting for your fantasy team. Regardless, for so many of us, there was a time in our lives when we could spend all of Sunday (and parts of Monday) simply basking in the NFL.

Of course, now that we’re grownups, it’s so much harder to do that. Sure, maybe you can watch a game or two, but there are so many other responsibilities as well. You may not have time to spend all day watching the game, while keeping windows open on your browser so that you can bet, too. That’s why we’ve made sure that our site is fully mobile-optimized.

You can bet on the games you’d like from practically anywhere. Have some kind of work or family obligation? It doesn’t mean you have to forgo winning betting on NFL games. For the complete, total Sportsbook for NFL experience, we’re proud to offer BetNow. Good luck for the rest of the season.