Sportsbook > Blog > Madden NFL 20: Sports Till We Get Sports

Madden NFL 20: Sports Till We Get Sports 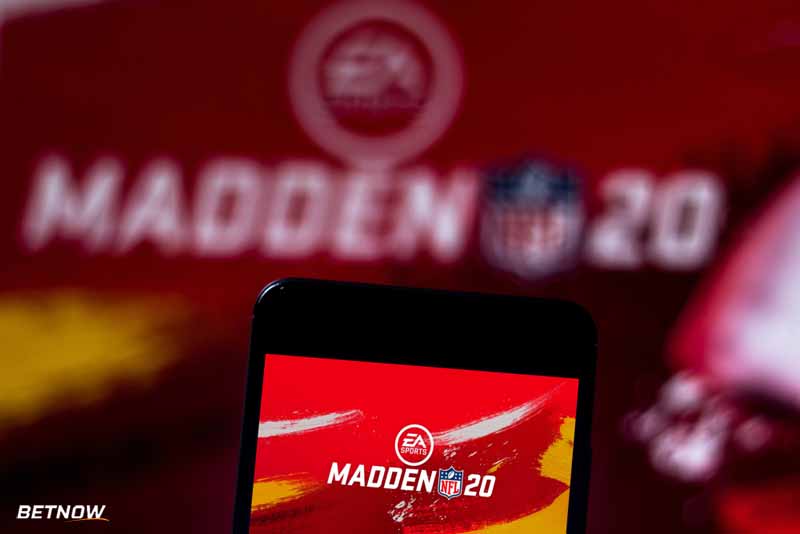 As of this writing, the pandemic is still going on, we don’t have all of the sports we want to bet on yet, etc. etc. That’s what we’ve been living with for a while and will continue to do so till this ends. Hopefully, by the time you read this, everything will have opened up, and we’re all safe (and not discussing things like “The Entire NHL Plays Somewhere in North Dakota” or something). But, in the interim, betting must occur, and we all have to be entertained. One great way to do both: Madden NFL 20. There, it’s as close as we’ve got to the real thing.

Madden NFL 20: A Great Way to Get Hype for the Draft

The NFL Draft will be here in 48 hours. There, teams will literally get their future. The players that they draft will form the backbone of a champion or a team that falls completely off of the radar. It’s quite high stakes. Of course, at our site, you can bet on pretty much everything that has to do with the draft: from the top picks, to more defensive or offensive players taken, and everything else. Before (and after) that, you can bet on Madden20, too.

By this point, it’s been more than two and a half months since the Chiefs won everything. So, if you’re a little hazy about the NFL, that’s perfectly understandable. Watching Madden NFL 20 can get you right back into it. There, after all, you don’t have to wait months for Monday Night Football. Divisional rivalries are right around the corner. Seeing all of the best players in the highest stakes situations are a common occurrence.

Sports Simulations You Can Trust

There are people who believe that actual sports are fixed. They’re going to be harder to convince that sports simulations aren’t. The truth is that we only allow betting on simulations that we’ve verified. It’s simply too important to be left to chance otherwise. So, if you see a simulation bet on our site, know that it carries the full weight of everything else that you can bet on at our site. We stand by it as we do everything else.

Also, it’s important to note that while these are video games that you’re betting on, they’re not the same as betting on eSports. See, with that, you’re betting on individual players. So, there’s one person who’s playing a game versus another person who’s playing a game. These sports simulations aren’t that. They’re the computer playing against itself. There’s no “person” involved playing the game. That means it isn’t left to a person to beat another, rather it’s a genuine simulation.

That said, you might wonder: “how does the game pick a winner?” Well, these video games are highly intricate. Every player has a rating. That rating basically says how good the player is. If you’ve ever followed Madden before, then you may know about players crowing (or complaining) when they find out what their Madden rating is in the latest game. That’s where the game starts with the nfl simulation.

But, when two players with the same rating are playing against each other, how does the game choose who “wins” the encounter? (Like, for example, Aaron Donald vs. Maurkice Pouncey or something like that?) That’s where the element of “chance” comes in. The best player doesn’t always win in the trenches. The best wide receiver can drop the ball, the best offensive lineman can be pancaked, the best quarterback can be picked off, and so forth. The game has that in it, so you’re betting on a one of a kind thing – just like a real game.

Bet How You Want

We have the lines on the games just like they were really happening in the stadiums. Of course, you’ll also be able to bet on casino games as well. Between all of this, you can find something to bet on until this sports lockdown ends. Watching Madden is a great way to get set up for the Draft, which will be here before you know it at this point. We can’t give you all the sports you want to see, but, we can give you something to tide you over.