Beyond NFL Betting Odds for Fun, Profit and Victory 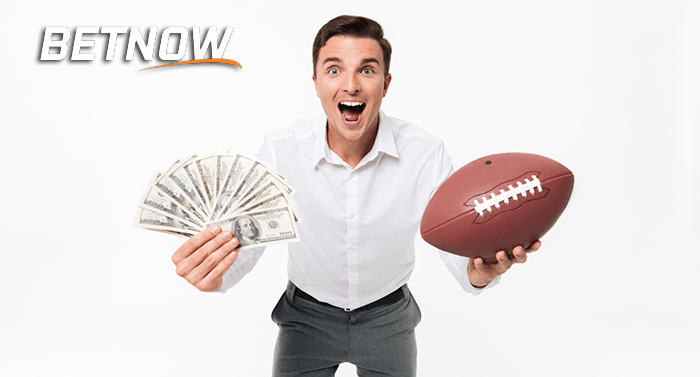 NFL betting odds are one of the ways to bet that we get the most questions about. Point spreads are ubiquitous enough in our culture at this point that most people understand them. Odds, on the other hand, can be a bit confusing. Additionally, we have all kinds of NFL Exotic bets that can allow you to bet on some of the unique and strange things that arise throughout the course of a season. We see each of these as just more ways that we give our players further opportunities to make money.

What to Know about NFL Betting Odds

The odds of the NFL are simple enough, once you have a grasp of them. The idea is simple: if you see something like -170 or +130, that’s the “vig” which can give you a firm idea of the odds. For example, the team that’s -170 is the team that’s the favorite in the game. That 170 means that you would have to bet $170 to win $100. That may not sound like the best bet in the world, but the key thing to keep in mind here is that the team would have to win. If you really know that much about the game, if you feel that confident, then sure, it could absolutely be worth it. The odds allow you to make the best bet, based on what you feel about the game.

Now, to the other side, the +130. That’s the underdog, the team that handicappers and bettors assume is less likely to win the game. That doesn’t mean that they won’t, it just means that if you were to bet them and they were to win, you would make more money than you might think. For example, if you bet on a team that’s +130, and you make a bet for $100, you would make $230 on the bet. You might think: “Wow, that’s pretty great, that’s lucrative.” The thing is, of course, the team that’s less likely to win has to win the game.

Betting on underdogs is a great way to make a lot of money very quickly… provided that they actually win the game. Betting big on one underdog that comes in can make up for a lot of losing leading up to that. At BetNow, we want to offer our players as many opportunities to win as possible. That’s why we make it so that you can get on the betting lines, the vig, the over/under, as well as who was ahead after each quarter or half. At BetNow, we want you to have opportunities to bet, even on things that you might not be able to elsewhere. That’s where our NFL Exotics come in.

When the Super Bowl comes around, people know all about the so-called “prop bets,” the bets that involve the game but aren’t on the outcome itself. Those bets, obviously, don’t occur until the game is closer. But, there are plenty of different, so-called “Exotic” bets that you can get a bet down on right now.

The first “Exotic” bet on our site is that you can pick which conference the eventual Super Bowl winner will come from. As of this writing, the AFC team is favored, while the NFL team is the underdog. That may change, as the season shakes out, injuries occur, and so forth. You can get a bet down on this right now at our site. Now, obviously, this bet doesn’t payout by the end of week five or something like that. We won’t know who wins this bet until the end of the Super Bowl. But, it’s one more thing that you can bet on at our site.

You can also bet on such things as “will the New England Patriots have a perfect regular season” as well as “will the Miami Dolphins have a winless regular season.” Now, those are bets that may not come in until the end of the season… but they could also end after this coming week. Should the Dolphins upset their opponent, or should the Patriots get upset by someone, then these bets would end then, too.

Of course, with the National Football League, many of which don’t know if we’re seeing true greatness (or true futility) until it’s already happened. Sure, we have these bets on our site right now, but, as of this writing, there are plenty of 3-0 teams, as well as teams that have gone 0-3. You can bet on whether these teams will win all of their games or lose them all as well. No matter how you want to bet, or what you think is going to happen, you can get a bet on it down at our site. All you have to do is head over to BetNow, and put a bet down today.