Sportsbook > Blog > Betting MADDEN20 and eSports: Close as We Get to the Real Thing

Betting MADDEN20 and eSports: Close as We Get to the Real Thing 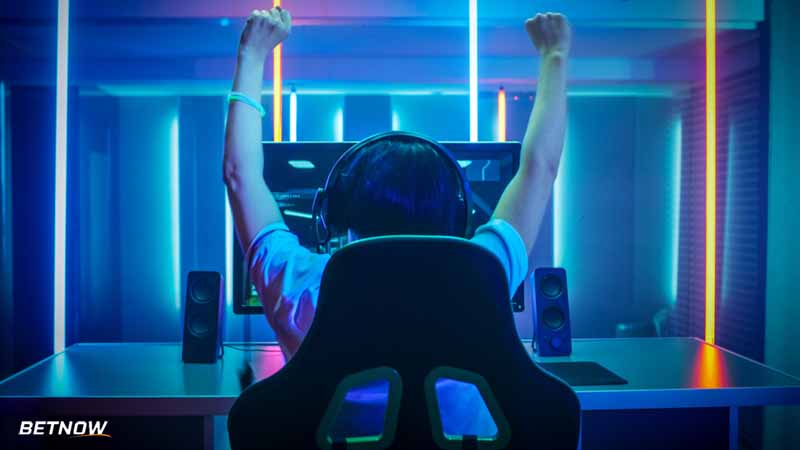 It’s a shame that sports aren’t happening right now. Obviously, with the COVID-19 pandemic raging, sports aren’t exactly the biggest deal in the world. But, it’s still something that can be missed. At our site, we’re doing everything we can to give you something great to bet on. We’ve got plenty of options, but we know that plenty of you are missing your favorite sports. That’s understandable, because we sure are, too. We’re trying something new here: betting on simulation sports. That means MADDEN20, eSports, hockey, and so much else.

Have you ever played a football video game (or really, any sports video game) and just not played yourself? Like, you set the computer to play against itself and watched? That’s exactly what this is. It’s a simulation. In the games that we’re betting, no one is actually “playing” either of the teams. It’s not one person controlling a team vs. another person controlling the other team. Instead, it’s the computer controlling both teams.

It’s natural to be a little confused at this point. You might be thinking: “wait, how does that work?” Well, it’s based on the probabilities within the game. Remember how each of the players have those “ratings,” which tell you in-game which players are better than others? Well, the video game is set up in such a way that the higher rated players are more likely to make a successful play than a lower rated player (although, that isn’t guaranteed by any means). That’s a simplistic form of the probability behind it, but you get the general idea.

So, the computer plays these games out, based on those ratings. And, you can watch. It’s not like you’re just betting on a number that pops up or something. There’s real entertainment in this. Is it the same as watching a game on Super Bowl Sunday with all of your wildest friends and family members? Probably not. Is it something fun to bet on while we’re all locked up in our homes? Absolutely.

Bet on MADDEN20 and Other eSports How You Want

If you’re reading our blogs, odds are you’ve already bet on a football game (or something else) before at our site. That means that you know how this works, but if you haven’t, you can bet on the point spread, the money line, and so much more. You can bet on plays throughout the game and more. These games are just like NFL games, except that they aren’t really occurring.

Just as you would bet on a real life game, you can bet on Madden20 and other esports. For many people, this serves as a great introduction to sports betting. Maybe they aren’t ready to bet on a full fledged game yet, but they are ready to bet on Madden20 and other esports. You can watch these games, too: we make sure that we include the link to where it will be played. That way, you can watch the game in real time.

“Are These Games Rigged?”

Obviously, that’s the most pertinent question about this. When it’s a simulation, when human beings aren’t involved, it’s natural to think “is there something hinky about this?” The truth is: no. There isn’t. These games are true simulations. There’s too much riding on the game, for the reputation of the place putting it on, for them to get up to something illegal. For example, as of this writing, at our site, we’re betting on the Bleacher Report GOAT SIM, which includes the Seahawks heading to play the Rams on the road. Bleacher Report isn’t going to put their rep on the line for some kind of lie about betting. These games are legit.

Football not your thing? That’s perfectly understandable. We’re going to have more of these games in the days to come. You’ll be able to bet hockey, baseball, and so much more. Our online casino is always open, too, so that you can get in all of the gambling action that you want. We’re all waiting for our favorite sports to come back, but until then, some great alternatives exist. See you at the (simulated) games!