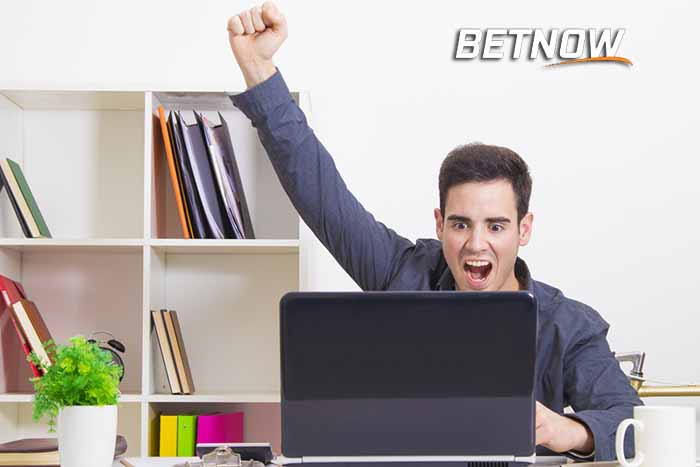 Sports betting used to stop when the game started. Everyone could get their bets down, there was much research and hubbub, then, once the game began, that was it. This was such a known thing, it’s been a plot point in so many movies and television shows (it’s actually the climax of the movie “The Sting.”) This made sense: since the only thing you could bet on would be the outcome, it stands to reason that you can’t bet once the game has started. We find this unnecessarily restrictive, as it gives the bettor fewer chances to win. Our online sportsbook was designed to give players as many opportunities as possible to win. We want to be the best sportsbook site for the bettor who bets throughout the game.

The addition of in-game betting has changed the entire face of sports betting. Now, the bettor doesn’t have to be done just because the game has started. The bettor can bet throughout the game. We offer in-game betting opportunities on essentially all of our games. That way, players can win more and more. Even if they lose, these chances give them more opportunities to ultimately win.

Football is a great example of in-game betting. Sure, you can bet the money lines, odds, over/under and more. However, now you can bet quarter by quarter, or half and a half if you’d like. That way, you can put money in your pocket no matter how the team does overall. Say that the team you’ve bet on comes out of the gate strong and takes a big halftime lead… but, in the second half, the other team adjusts properly, ultimately coming back or even pulling away.

In the past, you wouldn’t win anything. You, like the losing team itself, would have to watch your big lead ultimately evaporate. We can’t help a team that blows a big halftime lead, but we can help our players. So, if you had bet on the team to get a big halftime lead, we believe you should be rewarded for that. You can bet the quarters and halves so that you can be rewarded for being right.

By that same token, maybe you bet on the team that made a big comeback. In football (as much as any other sport) there’s something called “garbage time.”  That’s where one team takes a big lead and is comfortably ahead with essentially no chance of losing their lead. So, the other team ends up scoring plenty, so as to have better stats, but never really has a chance of coming back. Those players on the losing team, however, still get their salary incentives that are tied to their statistics for points scored in so-called “garbage time.” You deserve the same. If you bet on a team in the second half and they score big in the second half, you should win.

Baseball, perhaps more than any other sport, has truly embraced new-age statistics. WAR, sabermetrics and so forth: baseball has taken to newer statistics in hopes of getting an edge. You can see this in pitching, as well: in the past, there were starters, relievers, and closers. Now you’ll hear about “long relievers” and “starting relievers” and all kinds of other innovations that challenge orthodox baseball strategy.

The same goes for betting as well. If you were to bet on baseball games in the traditional way, you’d only be able to make money at the end of the game, win or lose. However, that penalizes the person who knows the game, who does the research, and understands who has a great starter and who doesn’t; who has tremendous relievers and who lacks them, etc. With our in-game betting, you can take advantage of that information, too.

So, if you happen to know that one starting pitcher is going to do terribly, but you have a good feeling about that teams’ relief pitchers, you should be able to make something off of that. That’s why we have these in-game bets where you can bet on the starters to get rocked, the relievers to pitch well, and so forth.

You can do the same for the NBA and NHL as well. Even in the early parts of the NHL season, there are some teams that are so much better in the second and first than they are in the third. Our in-game betting allows you to take advantage of all of this information. You can find all of the info you need to get a bet down on practically whatever you want at our site. Additionally, you can use Bitcoin to bet, too, so you really have so many options at your disposal. See you at BetNow all season(s) long.